In this society, we openly discuss other people in two instances; when we’re gossiping about them and when they’re dead. It is as rare as chicken teeth that you’ll find two or three gathered, extolling the virtues or achievements of somebody else when they have nothing to gain from doing so. It is only when our propensity to envy is numbed by their deaths that we start to sing about other peoples’ good deeds. Phrases like ‘true Ugandan’ and ‘builder of the nation’ float from mouth to mouth like dust bunnies.

I know some great people doing phenomenal things, people who I’d like to be when I finally grow up and I’m going to start writing about them here. One of them is a fellow called Ganzi. He’s not dead and is doing something that I very much admire.

When was it that we were taught about the ‘tourist sites’ of Uganda? Primary three, right? And how long did you retain that information? I’m willing to bet that you forgot all of it as soon as you’d finished writing that SST paper. Ganzi is a dreamer, pushing paper in a corporate office to make ends meet, like so many other young people. Unlike the rest of us, he’s a doer as well.

A product of middle class upbringing, he’d been conditioned to believe that tourists were the white ladies and dudes in the short shorts and sapatus, traversing the streets of Kampala with large cameras dangling from their necks. He didn’t know many Ugandans who traveled around the country for anything other than work and when he looked into what exactly was drawing people into Uganda,it didn’t take him long to assemble a list of places he’d visit if he could afford to do so.

He conceived of a dream to start and run the biggest travel agency in Kampala, one whose emphasis would be on getting as many young Ugandans to explore Uganda as he could. But he had (and still has) a problem.
When Ugandans talk about going on holiday or honeymoon, they speak dreamily of Mombasa( the poor ones) or places like The Maldives (the rich ones). There is little or no talk of Jinja or Moyo or Mbale or Mpigi. And this is not because these places are boring or ugly. Laziness and bias has closed our eyes to the loveliness around us.

I’m here pointing fingers at you, but I too am one of the people who only pose on social media when I’m travelling out of the country. I even write long, glowing articles about the trips and badger editors into printing them. Terrible.
Can we please take a moment to appreciate just how insanely rich and beautiful this country is? And can we, together, make the decision to pull some of our monies out of bars and boutiques and inject them into our tourism industry?

Spend some of your annual leave jumping off a ledge 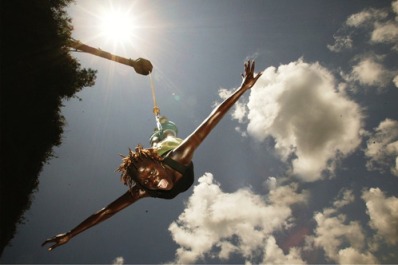 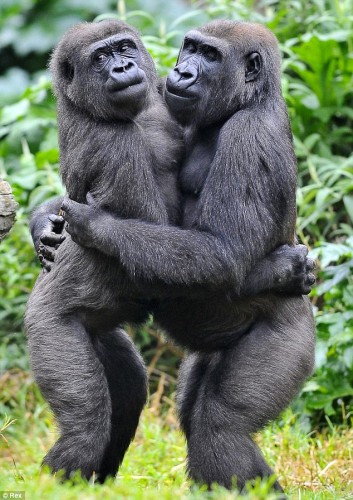 or staring slack jawed at the view from one of the mountains around lake Bunyonyi.

Go boil your breakfast in a hot spring

and spend the night under Gulu’s night sky.

Way better than this

Do something constructive with your life and money. Find people like Ganzi and pay them to organize trips for you.

Ganzi is a good Ugandan and a builder of the nation. What are you?

P.s: He’s the man behind this TRIP. Come and we go.